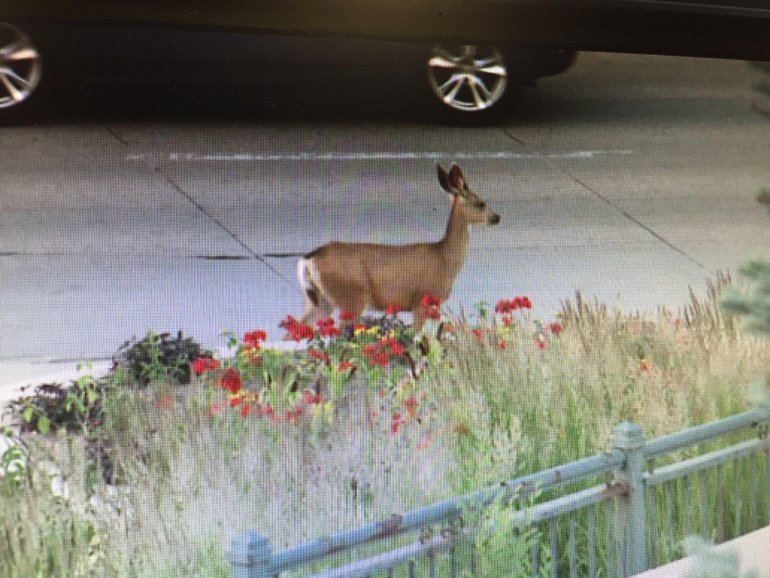 More and more news about wild animals crossing urban areas in Colorado keep appearing. Near Aspen, a mother saved her 5-year old son from a mountain lion in her own front yard on Friday. The boy survived and two mountain lions were killed.

Earlier, on Thursday, a bear was spotted in Denver. He was first seen near Southwest Plaza Mall and then spotted walking open space trails and jumping fences. The bear then climbed onto a tree and took a nap. After it went down, it was euthanized as the bear was already tagged for exploring human-populated areas and had been seen in the city area last year.

On Sunday, a deer was spotted on the streets of Denver. She was first seen on a sidewalk across from the FOX31 Denver Studios on Speer Blvd. The doe ran toward Lincoln Street and East 6th Avenue and crossed four lanes of Lincoln making the drivers slow down. The curious animal then disappeared, most likely leaving the same way she got in – through greenbelts and drainage ditches.

Wildlife animals warn citizens about animal crossings. Wild animals are not pets and people need to scare them away while maintaining a safe distance. It is advised that if you see a wild animal, honk or bang pots and pans or scream at it to make it leave.

Denver Hit by Snowstorm, Causing Huge Crash on I-70