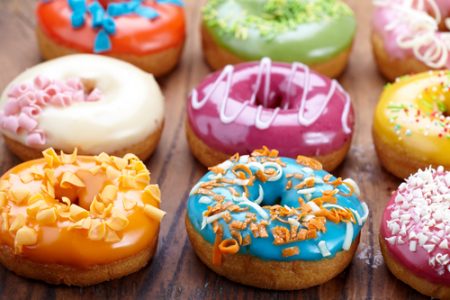 Colorado is attended by nearly 85 million annual visitors. Denver is the most sought-after destination. According to the tourist surveys, 60 percent of travelers stop-over in the capital city.

So whether you are heading to a mountain or a festival, the city has a lot to offer to food amateurs.

The tourists can start the day at chef Duncan Holmes’ and beverage director Allison Anderson’s tiny cafe on Larimer Street. These cozy spots offer incredible American breakfasts with European touch and will leave any attendant addicted.

For late-morning or early-afternoon the Denver Central Market is a good stop for just about anyone’s food and drink needs. Crema Bodega and Temper Chocolates are one of Denver’s top coffee houses, where you can enjoy chocolate croissants and tasty cappuccino.

Seeing RiNo is a must when visiting Denver. It offers a dozen breweries for an afternoon craft beer tour Beers here are often made with all-Colorado ingredients, from the hops to the barley. Some of the sours, like Saison Trystero, are GABF award-winners.

Dinners are spectacular at the new Ramble Hotel, down Larimer Street. Its chef, Dana Rodriguez, started as a dishwasher in James Beard Award winner Jen Jasinski’s kitchens and worked her way up to founding two of the city’s most popular restaurants.

Another popular option is offered by Denver’s most recent James Beard Award-winning chef. At Alex Seidel’s all-day, European-style market and sit-down dinner spot, his own Fruition Farms cheeses are featured across a seasonal American menu.

For an after-dinner drink, the Cruise room, which is a 85-year-old cocktail bar, offers another slice of Denver history. Though the cocktail menu has been remade, the room and decor is hold true to the original, modeled after a lounge on the Queen Mary.