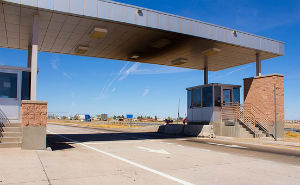 Well, the International Roadcheck inspection bonanza started at the beginning of the week in North America. Nevertheless, for many, it was much ado about nothing. In fact, lots of U.S. truckers reported the scale houses in many states were closed. Others remarked that they were simply waved through the scales because inspectors were too busy reviewing other commercial vehicles.

Joel Morrow, truck driver, ran though roughly 10 states during Roadcheck June 4-6. According to him, he “literally saw nothing.”

Morrow, director of research and development of Ploger Transportation of Norwalk, Ohio said, “None of the scale houses were open, it was lighter than normal.”

Morrow wondered if the fact that his company, Ploger, has a very high safety rating partly explained why they didn’t encounter many safety inspections.

It was anticipated that 9,000 inspectors in North America were going to inspect commercial vehicles and drivers during the Commercial Vehicle Safety Alliance’s annual enforcement push set for June 4-6.

Alec Costerus, another trucker, out of Stonegate, Colorado, indicated he only saw strong enforcement on U.S. Route 287 in Oklahoma.

“Inspectors were out there in force, but when I pulled into the scale, they were all busy, so they waved me through.” He added, “That was the only scale I saw open. It was pretty much a non-event for me.”

Costerus did make it clear that he had prepared in advance to be pulled aside and inspected.

Adcock Transportation, headquartered in Manheim, Pennsylvania, said zero of its 57 trucks were noted for infractions during the Roadcheck.

The Roadcheck this year emphasized steering and suspension systems.

What do you all think? Should they make more of a point to make inspections for the annual event?

Trucking Helps Lower Carbon Emissions in the US