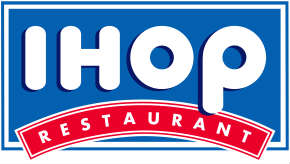 AURORA, CO – Diners of IHOP were met with quite a shocking surprise on Thursday. In this IHOP accident, an SUV crashed into the building of the restaurant. And, as a result of the impact of the crash, the SUV ran through the side of the building, right into the middle of the dining room. This incident occurred on Mississippi Avenue.

Essentially, the incident was near Interstate 225 in Aurora. This information all comes from the Aurora Police Department, who responded to the accident when it occurred.

Allegedly, the driver of the SUV was an elderly person. In fact, the manager of the IHOP stated that the driver may have lost consciousness while driving. As a result, the SUV sped into the IHOP restaurant. This resulted in the scary situation for diners on Thursday.

But, according to other reports, the elderly woman was in the parking lot, leaving her parking space, and mistook the gas pedal for the brake at the time of the incident.

Currently, police do not suspect that any alcohol or drugs were the cause in this IHOP accident. However, police are still investigating. It is unclear exactly what led to result in this accident in Aurora.