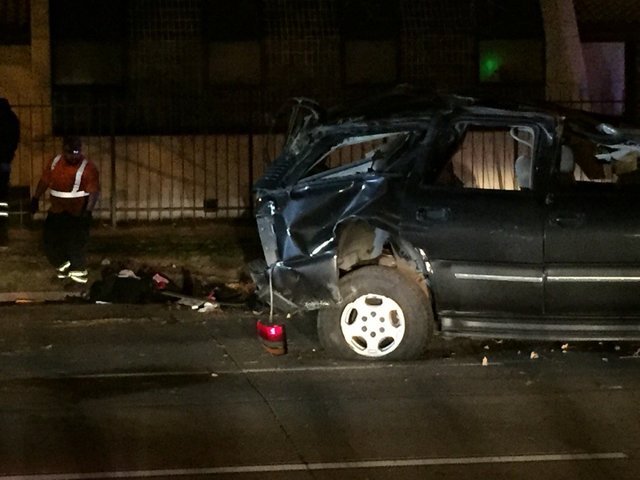 Downtown Denver had a devastating event on Friday around 1 am. A man driving a white pick-up truck shot a bullet into a black SUV. Moments later the SUV collided with another vehicle.

On the intersection of 11th Ave and Kalamath St, the black SUV crashed into another vehicle after being shot at. There were 5 people inside of the SUV including the victim who was shot at. The impact of the crash caused the SUV to roll over and land upside down. There was only one person in the other vehicle.

Police are looking for the suspect who shot out of the car. The man is believed to be wearing a black beanie hat. The model of the car they are looking for is an older white Chevrolet pickup truck. No information has been released as to a shot was fired or what caused the SUV to crash. The identities of the victims have not been released. All lanes have been reopened.