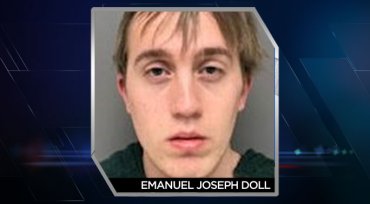 Thursday morning a man suspected of killing a 4-year-old boy was arrested. The boy’s body was found inside a home near West 136th Avenue and Lowell Boulevard. Officers were called to the hoem about 9:30 a.m. The neighbors said that two older people live in the home with a couple young adults and children.

According to the police, Emanuel Joseph Doll,25, has been jailed for the crime. He may be charged with a criminal complaint.

“The initial officer on scene was able to make a very quick determination as to who to detain and that same person had been taken into custody,” Broomfield police Sgt. Rick Kempsell said. Police have not said how the child was killed.

“Police were arresting a younger male out in front of the house and weren’t friendly to him, that’s for sure, so we knew something bad had probably happened,” neighbor Jim Egli said.  Police have not said if Doll has admited why he committed the crime of which he is charged with.

“It really takes a toll on you and your heart,” neighbor David Paltz said. “It’s really depressing to hear something like that happen especially so close.”

An autopsy will be accomplish to ascertain the boy’s cause of death.