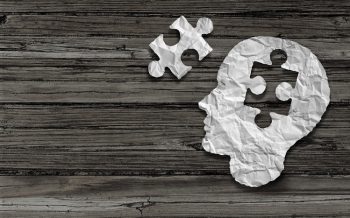 Don’t you think, people are thinking differently nowadays? It seems we have lost our abilities to think and communicate effectively. And for now, in this age and society, it really had a huge impact on our relationships with close people and with people whom we are new to get familiar with.

Social media is taking the most part of our lives, leaving us with memes and comments on virtual platforms only. The number of ill-informed and poorly educated people is continuously rising, and it is threatening for our society and children.

Social media platforms such as Twitter or Facebook shows how people are changing and how some posts or comments can cross the bordering line between the legally acceptable free speech and terroristic threat against the focus of the related story. Some of the above-mentioned posts can include hatred, violation and even harassment. And what about the comments, they are full of hurtful words, hate, criticism against the poster or an earlier commentator. When scrolling a Twitter feed, you can feel seemingly uncomfortable and distressing such as reading news comment feed. The thing can be that contributors come from completely different political and social worldviews – and the comments fall into categories like abusive content and insult, rather than a conversation or a chat.

What can possibly cause this? What has happened to people’s abilities to express a thought or position within the socially acceptable boundaries?

Has the power of language been lost to the filters which cause people to communicate only through symbol-laden consonants which can easily be translated to courses? Do people really think, they can survive without crafting positive and persuasive arguments to support positions on social and political issues?

Nowadays, this issue has other aspects such as people being freer and having their own way and say. Whenever someone doesn’t get his or her way, they are getting angry and that’s when the negative conversation is being created from.

Our society did change, and it is mostly because of the devices that are available from the early years of a child. One little thing – every time you take your phone, take a notepad instead and write what you think. Think about the value that it will give you after you do it… do some research or take a moment to rethink. Every time you do it, you’ll feel you are changing and your thoughts are being more organized, grammatically right, nice, and they will make you feel better.