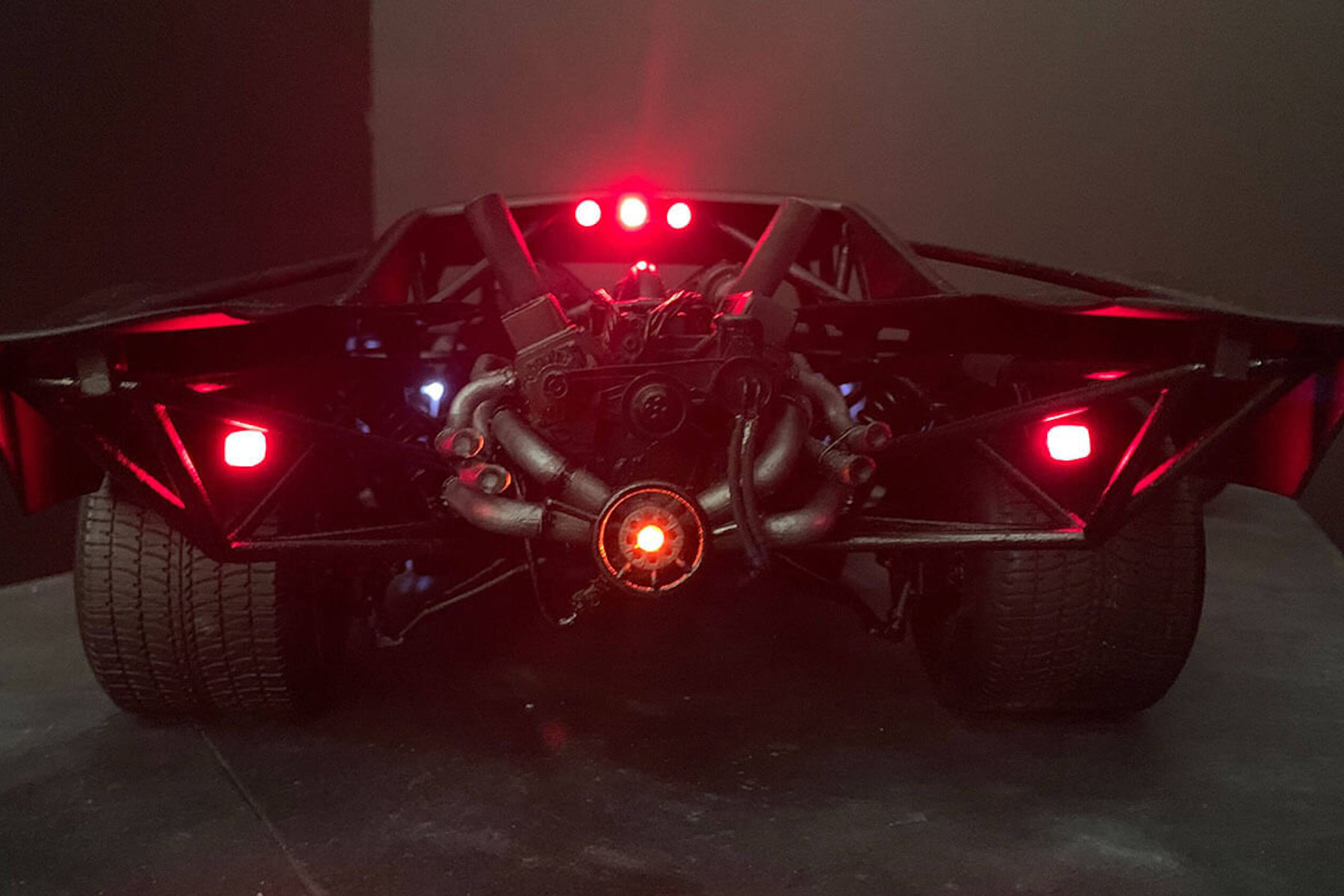 The Batmobile. It has always held a place in every car enthusiast’s heart. From the original driven by Adam West to the Tumbler driven by Christian Bale, the vehicle has undergone a lifetime of reiterations. Now, with the new movie coming up, this ride will lend itself to the muscle car family.

Well, now the studio in charge of the project has released a few photos of Batman’s new ride. Let’s take a look at how this new version stands out!

The front end is straight from the muscle car family. An ode to the Dodge Challenger? How about the Camaro? Well, without an official release from the studio, we are left guessing. Fortunately, we know a few things about muscle cars. This looks like it could house a powerful big-block V8 with dual turbochargers.

The back is where the engine sits. As far as we can tell it looks just like what we mentioned above. Although it looks that way, it might not actually be that way. Hollywood has a thing about making vehicles look cool without having to ensure that they are running (with the exception of Mad Max Fury Road which was awesome).

From the top down we can clearly see the bat representation in this new version. A far stride away from the Christopher Nolan tank-mobile. This seems to have a nod to every other Batmobile while giving its own fresh take.

The flaring back end looks like the Michael Keaton version. The overall front to back design is similar to the Batman Animated series that debuted in the ’90s. The red lights are an ode to the Adam West variation and the militaristic approach takes a page from the Tumbler.

As far as we’re concerned, we love it. We love how this big-block super-car takes all the best approaches to the Batmobile while continuing to pay homage to variations past.

Life-threatening Influence of Driving Semi-trucks in the Neighborhoods