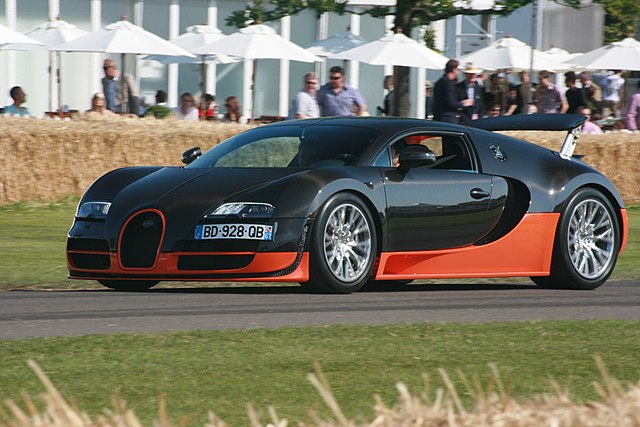 Who made the fastest cars ever produced? Exactly how fast do they go? What are the specs and when did they prove they can satisfy a need for speed?

Many car enthusiasts use speed as a deciding factor when choosing where to invest time and money. Let’s dive under the hoods and into the stats of some of the world’s fastest vehicles. We’ll be ranking them based on their top achievable speed.

5 Fastest Cars in the World

The Bugatti Veyron follows the Bugatti Chiron. It comes equipped with a turbocharged w16 engine with a stunning 1200 horsepower. Technically, the Veyron holds the second-place position in the Guinness Book of World Records. It tops out at 268 MPH and weighs 4,044 lbs. The company limited the production of this car to 30 units in total. It first appeared in 2010 in the Monterey Historic Races. It’s considered the fastest production car but is completely sold out currently.

Hennessey proved the Venom GT’s worth at the Kennedy Space Ventre of Florida. It is still waiting to achieve its place in the Guinness Book of World Records. To achieve this status, it must prove capable of going 270 MPH and maintaining above-average speed when driving both forward and backward.

The Chiron currently sits as Bugatti’s favorite child. This speedster sold out 2/5 of its entire production units before it even hit the market officially. The most someone paid for it was $2.6 million.

The Chiron just barely creeps in over the Venom GT, with a top speed of 271 MPH. Bugatti first introduced it at the 2016 Geneva Motor Show. It features a quad-turbocharged 8.0-liter W16 engine. Its maximum horsepower sits at 1500 HP.

The Koenigsegg Agera RS holds the fastest verified claims in the industry. Hennessey claims their cars have beat the Agera RS records. However, those records are not yet substantiated. So if you’re looking for the official verdict: it’s here. And it’s the Agera.

As of November 2017, the Hennessey Venom F5 is supposedly the fastest vehicle on the market. Since its tests are not verified, the company cannot claim the title officially. Hennessey alleges that the Venom F5 can reach 301 MPH. It has a twin-turbo, 7-4-liter V8 engine with 1600 horsepower. The car may be able to accelerate 0-60 in 2.0 seconds flat and weighs just 2950 lbs.

The One Metro Area in Denver Where Rentals Are Decreasing