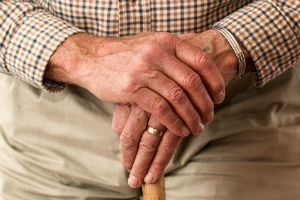 A new scam targeting grandparents is on the rise, especially in Denver, according to the government. The scam is used multiple ways, but always with the intent of stealing large sums of money from the vulnerable and elderly population.

Essentially, the scam involves contacting grandparents while pretending to be their grandchildren. Next, the scammers claim to be in financial trouble and request an immediate transfer of money. The scammers may contact the victims by making phone calls or writing letters.

Unfortunately, many grandparents fall for the scam and send the scammers large sums of money. According to a new government report, the average victim loses about $9,000. In fact, The Federal Trade Commission reported in 2017 that nearly $42 million was lost to these scams. Distressingly, this is twice as much money lost as the year prior. Furthermore, the FTC claims to have received a whopping 20,000 complaints from all across the country of these scammers impersonating relatives and friends.

Many victims claim they never expected to fall for a scam like this. Retiree Franc Stratton is among many victims who admit feeling embarrassed for believing the scammers. Now a retiree, Stratton spent much of his life working in intelligence. He worked first for the Air Force before switching to cyber security.

Stratton claims he received a phone call in April and heard a scammer tell him, “‘I’m the public defender from Austin, Texas. They have put your grandson in jail after a wreck, and he has a DUI offense.'”

Next, Stratton spoke to a man claiming to be his own grandson. The “attorney” then told Stratton he could bail his grandson out if he sent over $8,500 in cash via FedEx.

Stratton went to the bank and shipped the money to Austin. However, he soon suspected it might be a scam. Stratton managed to call FedEx in time to get his money back.

The FTC recommends keeping details about family off of social media. This will prevent scammers from getting too much personal information and will make the call less believable. Furthermore, the FTC recommends asking lots of questions during these calls to ensure they are legitimate.