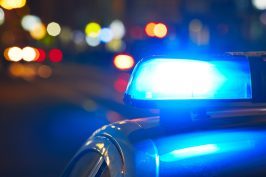 An Aurora man has filed a civil lawsuit claiming racial profiling in U.S. District Court in Denver using a recording and video from the officer’s body camera to make his case. The lawsuit against the city of Denver and three police officers was filed Monday on behalf of Deon Lamon Jones by Denver civil rights attorneys David Lane and Eleanor Wedum.

“If you put your hand down there, I will shoot you,” an officer could be heard telling Jones on video.

Jones, who is seeking compensatory and punitive damages, claims the officers arrested him without provocation solely because of his race.

The video shows the incident started as officers were patrolling the area and ran Jones’ license plate, showing he did not live in Denver. According to Lane, there were no authorization associated with the plate.

“This car is registered out of Aurora,” an officer said. “He doesn’t belong here.”

Jones said that he was legally parked while waiting on a friend.

“I was like, man, are they going to kill me just because I won’t get out of the vehicle?” Jones said. He said that he didn’t want  to get out of his vehicle because he knew he did nothing wrong.

“My initial reaction when I first saw the video is this guy is lucky he’s alive,” Lane said.

Cocaine was found in Jones’ possession, but that charge, along with resisting arrest and disobeying a lawful order, were thrown out in court. Lane said that’s because police crossed the line.

“Once someone questions police authority, the chase is on,” Lane said. “It’s like a pack dog mentality that the police have.”

The lawsuit says the only reason that police were suspicions of Jones was because of racism.

“The Denver Police Department has not yet been formally notified of the lawsuit in question,” the department said in a statement. “The department asks that the public reserve judgement until all the facts of the case are available. When appropriate, the department will address any public concerns regarding this matter.”

Jones’ lawyers have requested a jury trial. An initial hearing date has not been set.