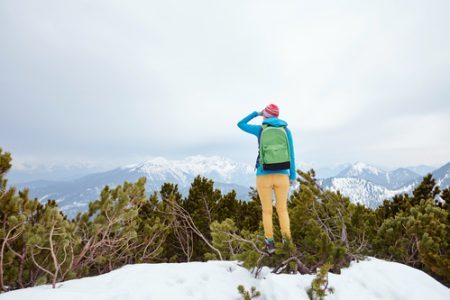 A man called Tyler Gorrell is missing in Summit County for more than a week. The search crew came up with no results after searching for the man for 400 hours.

Tyler’s brother is in active search of his missing brother. She has been posting on Facebook and talking to police.

He said he first thought he is just not in touch, but he will call back soon.

Alex got worried about his missing brother when he went to his brother’s house. He contacted Tyler’s friends, work, looked at his bank records. He hoped he could find some clues of where his brother went.

Alex said friends were also helping in the search of his missing brother. He had a feeling that he is not in Denver.

Charles Pitman from  Summit County Rescue Team Group is the mission coordinator for the search of Tyler. There are a dozen people involved in the search of a missing Denver man.

The Rescue group covered almost every trail from Silverthorne to well north of where Tyler’s car was found.

The search group had multiple dogs involved as well. One of them picked up a scent in an area on the Gore Range Trail about 3 miles from where Tyler’s car was parked.

According to Pitman, that area will resume by them on Monday. Unfortunately, no other clues were found.

Worried brother still doesn’t give up. He still hopes his brother will survive in the mountains. Alex Gorrell admits his brother doesn’t hike frequently, but he is very strong and he is in a good shape.

‘’I keep thinking we are going to find him soon’’, he said.

‘’If Tyler can hear it, there’s a lot of people here who really love him and want him to come home’’.

Police say Tyler is 5-foot-9 and 200 pounds. He usually has his hair in a ponytail.

Lexus and Toyota Vs. Tesla Vs. General Motors For Level 2 Autonomy

What Kind of Car Transport is Right for You?