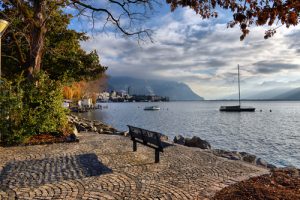 A new evolution plan has been approved for downtown Denver by The Denver City Council. It incorporates a new neighborhood.

Before voting for the new plan, council had heard people’s comments about changes. It’s going to be a long-term development plan. Changings will be at Elitch gardens and in its surroundings. Elitch Gardens’ owner wants to add new houses, hotels and different outdoor spaces there. This will be a great opportunity for the city.

For including more spaces at the park, it could be moved to another location. Park’s owners want to recall the new area “River Mile”. It takes 125 acres to make a large park like this, that’s why they are very few. There will be more than eleven new buildings. The owners want to make one of them the tallest building in Denver and it will be a hotel.

They will also include three parks in front of the river, new bridges and bike lines.

The City Planner Steve Nalley shares that for now he just wants to know what kind of growth he will see if the plan will be allowed. He informed that the city is very developed and that nothing will be changed except neighborhood.

Monday night they had a meeting. One of the speakers shared his opinion about the plan. He said that it will show a smart growth. At the time of pubic comment, Rhys Duggan said that there is something for everyone in this plan. People think that this is a pretty good plan, so the project is being processed.  The next step is to find a new location for “River Mile”.

Pull Over, Folks! Your Participation is Required

What Kind of Car Transport is Right for You?