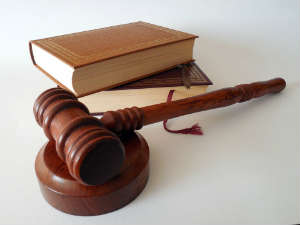 After the EEOC filed a lawsuit against a trucking company based out of Greeley, the company finally agreed to pay $250,000 to settle. The Equal Employment Opportunity Commission filed the lawsuit. According to them, the company had denied employment to drivers with disabilities.

The trucking company? JBS Carriers. Apparently, they require that driving candidates complete a physical screening test before hiring. ErgoMed Work Systems conducted this test. And, it was found that they disqualified drivers with physical disabilities, even if they were in fact able to drive. So, the lawsuit that ensued claimed that this violates the Americans with Disabilities Act.

Now, since the lawsuit has settled, JBS will no longer use this test to determine employment. And, the money collected from the settlement is going to five different individuals who joined in the lawsuit. But, the EEOC filed the lawsuit.

Now that this issue has been addressed, JBS changed its tactics for hiring new drivers. Now, they only require drivers to receive the Department of Transportation medical certification. This is a requirement for receiving a truck driving license. Additionally, they ask for a urine test to screen for drugs.

This lawsuit arose at a time when the industry is facing a shortage of drivers. So, it begs the question, despite the issues of morality and legality – why would JBS choose to discriminate with a lack of drivers in the industry?

Hopefully, now that this lawsuit settled swiftly, changes occur with the company. An attorney from the EEOC’s Phoenix District Office commented that they were happy to have come to a quick resolution.

In addition, the EEOC is pleased that the company plans to change their screening process. But, how did this happen in the first place? What do you think about the discrimination against these drivers?

What Documents Do I Need to Ship a Car?