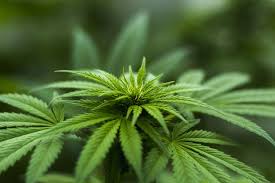 In data made public by the Colorado Board of Education, recent bully prevention grants have proven effective. Those grants come as a direct result of cannabis tax revenue.

Since 2016, the state dispersed the funds across a number of districts. The amount totals more than $6 million. Colorado officials state anti-bullying programs funded by the grants affected 71 schools and 34,423 students.

One such school, Lake Middle, took in $93,309 of the money. They received the grants over three years and applied them to new and unique approaches. The principal of the Denver middle school, Amanda Stewart, reported the results of a student survey.

The survey revealed a 54 percent reduction in bullying incidents witnessed by students. Furthermore, it reported a 26 percent decrease in students feeling targeted for bullying.

A survey of students across the entire state found a 33 percent decrease in students targeted for bullying.

The new programs employed within Lake Middle School focus on restorative measures. As a result, students learn to deescalate tense situations between one another. Stewart mentioned witnesses older students intervening in confrontations between younger ones.

She says the culture for the entire school changed for the better following the implementation of the program.

Student testimonials reveal the real change experienced within the student body. Solana Diaz, in speaking with Fox Denver 31, mentioned seeing a drastic reduction in the number of fights occurring on campus. She went from feeling unsure about reporting incidents in sixth grade to feeling comfortable knowing there was someone she could speak with.

Anthony Aguilar, another eighth grader, summed up the change succinctly. “Now, everybody feels safe and like we support each other so much here.”

Suspected Killer Of 4-year-old Boy Was Arrested Near Denver