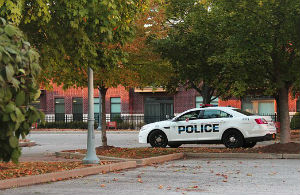 According to the Aurora Police Department, they dispatched officers to East Iliff Avenue and South Blackhawk Street in the early evening. They sent detectives to the location after the report of a serious car crash with two vehicles.

Unfortunately, officers pronounced an occupant dead at the scene. As a result, emergency personnel rushed the people in the other vehicle to a nearby hospital with life-threatening injuries. As of now, the Aurora Police Department has not commented further. Therefore, it is unclear how many people altogether received injuries.

Currently, members of the Aurora Police Department’s traffic division are investigating the accident. As of now, no conclusions on the cause have been drawn. Finally, police will provide any updates on the incident via the department blog.

They have not yet identified the fatality from the crash. Aurora Police are waiting to release the information until the family has been notified.

Fatal car accidents in Denver dipped in 2018. In fact, there were just 50 reported traffic deaths. Moreover, this comes after the Mayor vowed to end all traffic fatalities in Denver by 2030. This was all part of his Vision Zero pledge. However, fatalities rose to 58 in 2019.

Many people believe that legal marijuana is contributing to the number of traffic accidents. Though, this idea still needs more research.

Colorado Department Of Transportation Has A New Plan For Distracted Driving