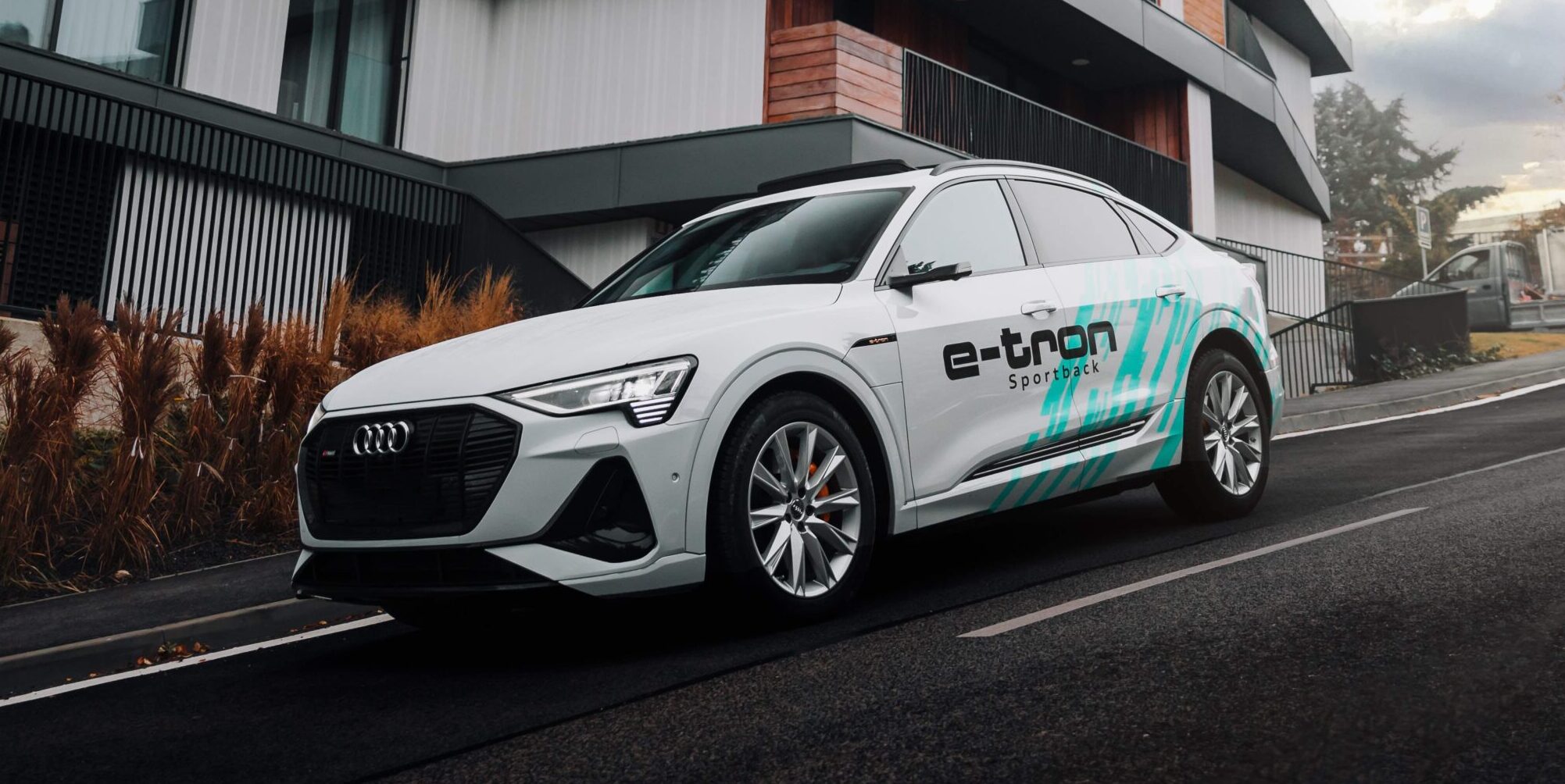 The New Audi E-Tron Comes This Year With An All-New Look.

When we all got a glimpse at the new Audi E-Tron SUV back in 2019, we were rocked to our core. Simply because it had a new design to it that we have never seen before in an Audi. Such as a size-worthy style and enough speed to bring the whole family along. Years later, we’re now looking to be impressed by the Q8 E-Tron as it comes with some new tricks up it’s sleeves. For instance, a front-end that gives off a mask-like grille that can keep it in line with a smaller Q4 E-Tron. Meanwhile, the power output is unchanged but the Q8 E-Tron and the SQ8 E-Tron are likely to improve range estimates, all thanks to a newly designed rear electric motor and even better aerodynamics. Audi themselves have been stating that the Q8 is nothing to mess with as this upcoming model year’s E-Tron will be able to charge at a rate of 170 kilowatts. In which case, it’ll jump from about 10 to 80 percent in only 31 minutes upon a DC fast charger.

Europe is hanging on to the base model, complete with a small battery and even less power. The configurations are likely to be sold in the USA including the Q8 e-tron 55 and the SQ8 e-tron. Which can replicate the E-Tron S. Power Outputs have been unchanged from before. The 55 has all-wheel drive via a dual-motor setup, while maxing out at 402 horsepower and 490 pound-feet of torque in Sport mode. The SQ8 E-Tron also uses three electric motors, with a full 166 horsepower unit up on front and two of the 131-horsepower motors that had been housed on the rear axle producing a total 496 horsepower 718 pound-feet of torque in Sport mode.

The 2024 Q8 E-Tron has an upgrade in the rear motor with improved aerodynamics. The asynchronous motor on the rear axle now using 14 coils to generate an electromagnetic field up from 12. This allows the motor more efficient. With much less electricity to generate just as much torque. While producing even more torque with the same amount of energy as the 12-coil design. Aerodynamics are also holding a huge role. The drag coefficient is adjusted to 0.24 for the Sportback and the 0.27 for the SUV. The Q8 E-Tron adds larger wheel spoilers up on front of the vehicle. It also channels airflow around the front wheels to allow the large crossover carve through the air more efficiently.

The interior happens to center around two touchscreen with a 10.1-inch unit held above an 8.6-inch display, with every function taken care of. Meanwhile drivers utilize voice commands.

One thing you may notice about the Q8 E-Tron arrived in the USA upon the end of April 2023. Pricing is likely to be announced much later but there’s not a huge increase over the absolute price of $71,995 for the standard model and $89,395 for the S.